Gurugram
This event has ended, click here to view upcoming events from AppuGhar

THE FATHER OF INDIAN AMUSEMENT INDUSTRY

Almost 30 years since having started Appu Ghar, the company has developed several skill sets in house. Using technical and design expertise, IAL brings to life all their dream like creations. Mr. Gian Vijeshwar continues to charm the nation by delivering world class amusement destinations making him without a doubt  THE FATHER OF INDIAN AMUSEMENT INDUSTRY.

The water park is situated in the heart of the Gurugram with thrilling rides, unlimited fun opportunities and food options 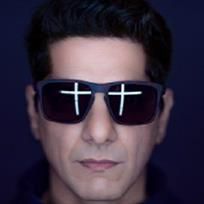 DJ Aqeel, aka Aqeel Ali, has been rocking the dance floors across the globe for more than a decade. Being in this highly competitive music industry, he has truly been meteoric throughout his journey. His passion for music gave him the motivation to defy convention and pursue music more than just a passing hobby.

He began his musical ride in 2000 and since then there was no turning back. He is the only Indian DJ to fill up concert size venues internationally. Besides playing for every renowned celebrity, he has also been the only DJ to play twice at the World Economic Forum in Davos (Swiss) representing India and entertaining the likes of Bill Clinton, Kofi Annan amongst others.

In the same year, Aqeel set his first milestone in music production by releasing the album ''Shake it Daddy Mix'' which turned out to be a massive hit. One after another, he has got 9 blockbuster albums and sold over 7 million copies worldwide that redefined the landscape of Bollywood music. His master collection includes Forever-2 (2012) that comprises of songs like Kya Dekhte Ho- remake of famous song from the movie Qurbani, 1980 that gained a huge popularity amongst the listeners.

Aqeels kitty of official remixes includes Edge of Glory by Lady Gaga and songs from Bollywood Movies like Bunty aur Babli (Kajra Re), Om Shanti Om (Dard-E-Disco, Deewangi), Dus Kahaniyaan (Title Track), Thoda Pyaar Thoda Magic (Lazy Lamhe), Saawariya to name a few. In addition to his albums, he has also introduced the first ever DJ owned record label in the country under the brand Power Play Records and has released compilations albums featuring some of Indias finest talents.

Aqeel has spun at the sangeet of the bollywood biggies like Saif and Kareena, Abhishek Bachhan and Aishwarya Rai Bachhan and many more. Not only bollywood, DJ Aqeel has made the corporate tycoons grooved to his tunes such as sangeet night of Laxmi Mittals daughter.

Talking about his ventures, this inspiring DJ owns few state of the art clubs like RSVP (Delhi), One Beach (Goa). He was also the owner of eminent nightclub chain Hype (Mumbai, Delhi, Goa and Ludhiana) and Poison in Mumbai. Aqeel has given a new dimension to the luxurious night clubs across the country. 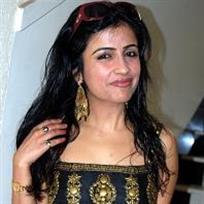 Shibani Kashyap is an Indian singer, who is actively working in Bollywood. She is best known for her song 'Sajna Aa Bhi Ja' from the movie Waisa Bhi Hota Hai Part II. She has anchored a singer hunt show named Bathroom Singer. She is also the voice behind the songs 'Zinda Hoon Main' and 'Kya Kashmakash Hai Yeh'. She loves to experiment with music and believes to sing in her own way. She started her career with an AIR FM jingle and now, within a few years of her journey of music, she has become an international singer by performing in different countries and singing for Hollywood is in her schedule now.